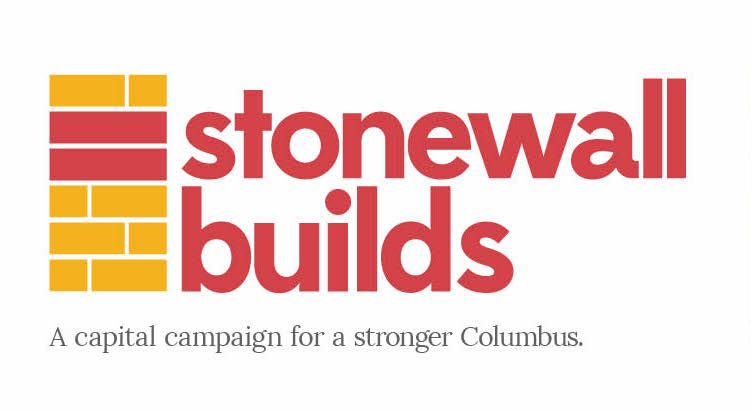 Since 1981, Stonewall Columbus has fought for tolerance, acceptance, and basic human rights for our LGBTQ community. When the organization came to Origo, they had a clear goal in mind: to grow their services and programming to meet the evolving needs of their community. With a strong vision in place, a passionate team to support their efforts, and a plan to revamp its two buildings located at the Center on High, Stonewall was on the right track – but they needed the right funding to turn their dream into a reality.

To do so, the group partnered with Origo to create an effective capital campaign with the goal to raise $3.5 million, helping to renovate its 2,000 square feet of office space, as well as build out 11,000 additional square feet for programs. As part of the capital campaign, Origo worked with Stonewall Columbus to develop a branded campaign identity (message/logo) that the community could connect with, as well as different marketing touchpoints, such as a donor kit, digital strategies, and a community microsite.

Through a series of brand-oriented exercises and interviews with the organization’s leadership team, Origo worked to create a campaign theme that would embody both the mission of Stonewall Columbus, as well as the purpose and vision for the new capital campaign. From these working meetings, the campaign concept “Stonewall Builds” was born. Paired with the vibrant imagery of bricks forming an equal sign, this campaign was designed to communicate how Stonewall strives to build the future of the LGBTQ community brick by brick. 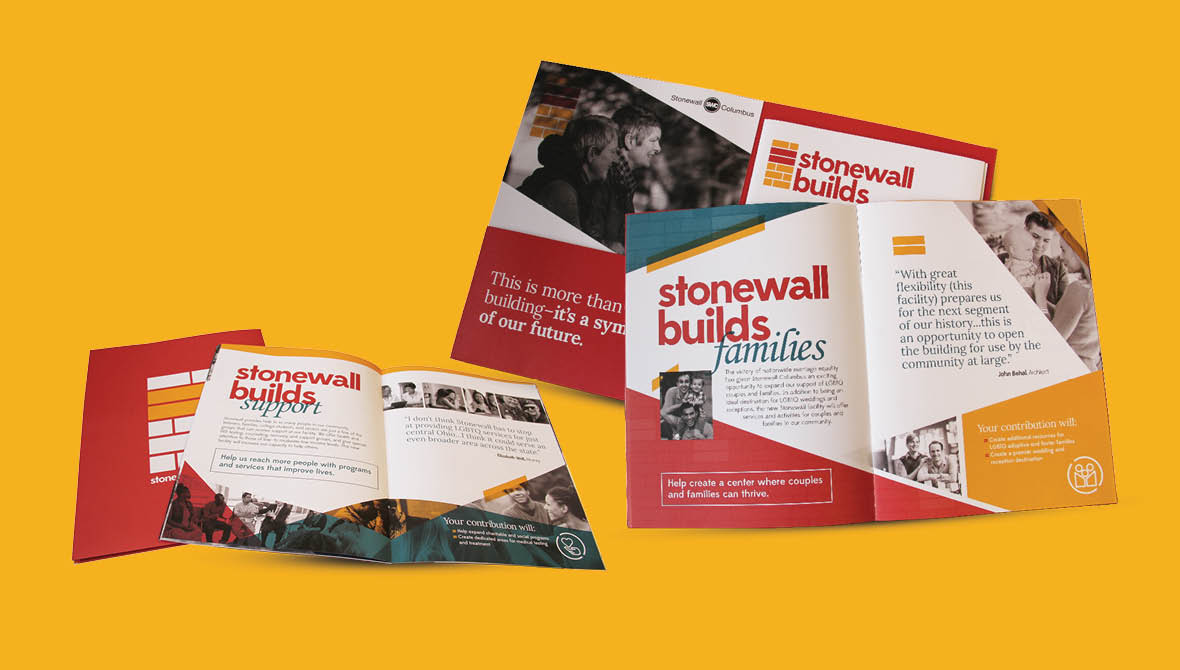 Once laying out the foundation for the campaign, Origo created a donor kit and messaging strategy to encourage key stakeholders to donate to this cause. A system was created that speaks to all the values that Stonewall “builds” as an organization, such as community, families, and the economy. Through these efforts, our goal was to generate awareness to what a greater facility can accomplish for this population, as well as stronger understanding to the mission and services offered by the organization (beyond just their annual Pride Parade). 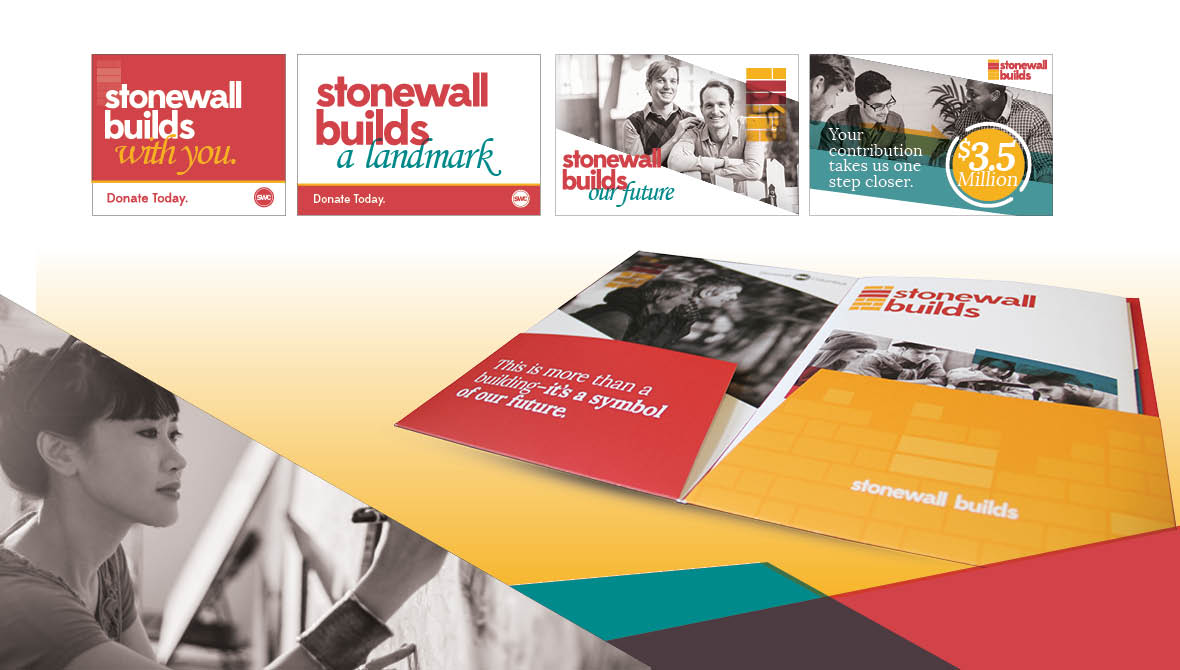 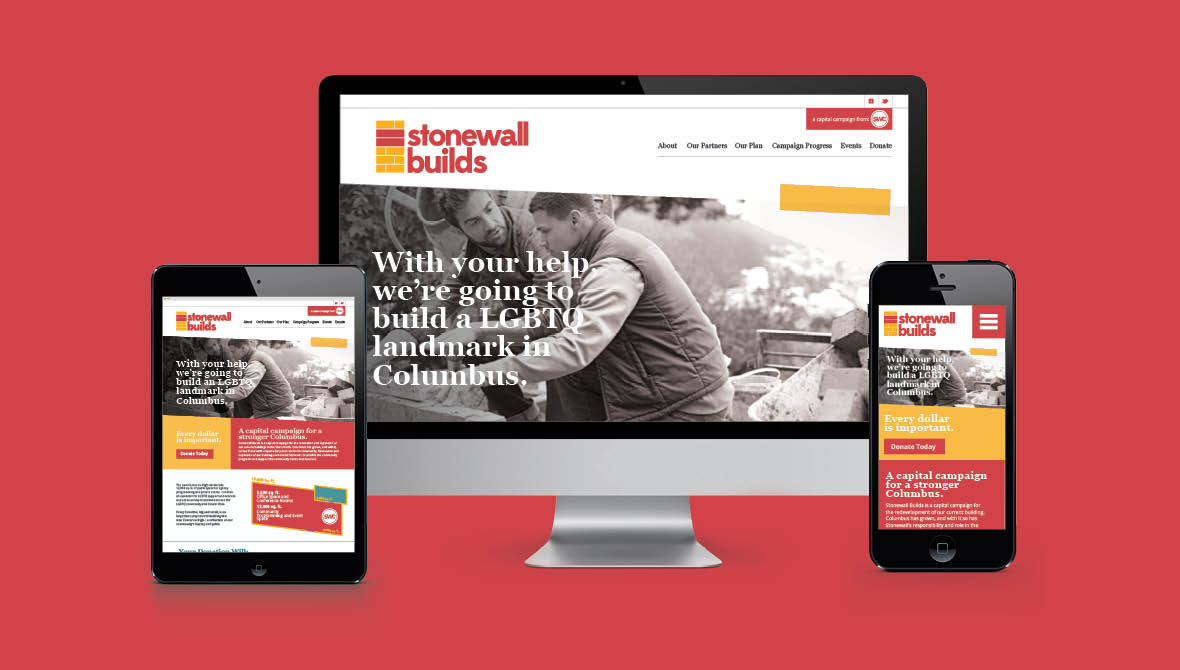 To generate greater awareness for the campaign and increase the amount of donations made, Origo also worked with Stonewall to create a community microsite and digital assets, educating target audiences on the purpose of the campaign and encouraging them to give a donation.

Since the campaign has launched, Stonewall Columbus has continued to make great strides towards their initial goal. Today, they have reached 87% of their fundraising goal and are expected to reach their goal of $3.5 million in the near future. If you’d like to learn more about the capital campaign or make a donation visit here.

This blog is a celebration of great stories, great ideas, and great people. By sharing our thoughts, process, and work with the community, we hope to add just a little inspiration to our industry and our world.