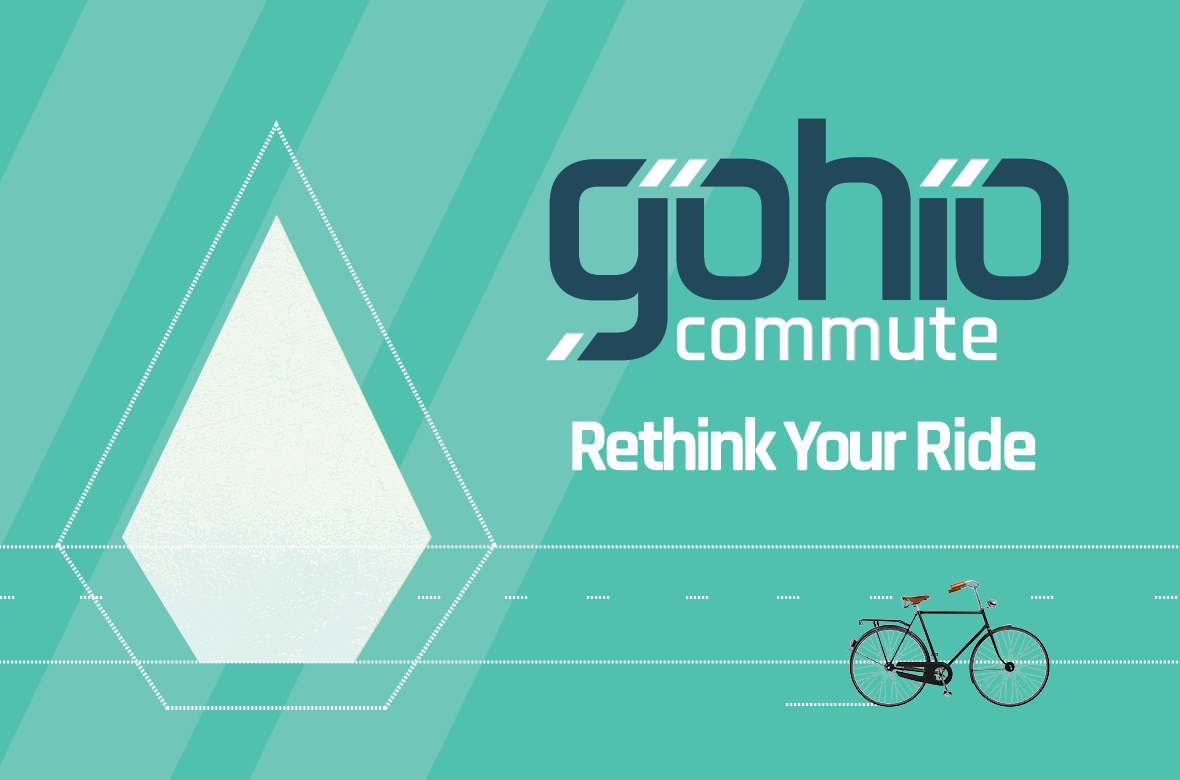 Last Friday, Origo was honored to join the creative community at the Columbus Museum of Art for the 2019 American Advertising Awards (The ADDYs). For the past 50 years, the Columbus American Advertising Federation (AAF), one of the most influential and distinguished organizations in the Central Ohio creative community, has brought together hundreds of creative professionals at this event to celebrate the best creative advertising work of the year. And this year’s event, featuring the theme of “Show Us Your Masterpiece” was no different. 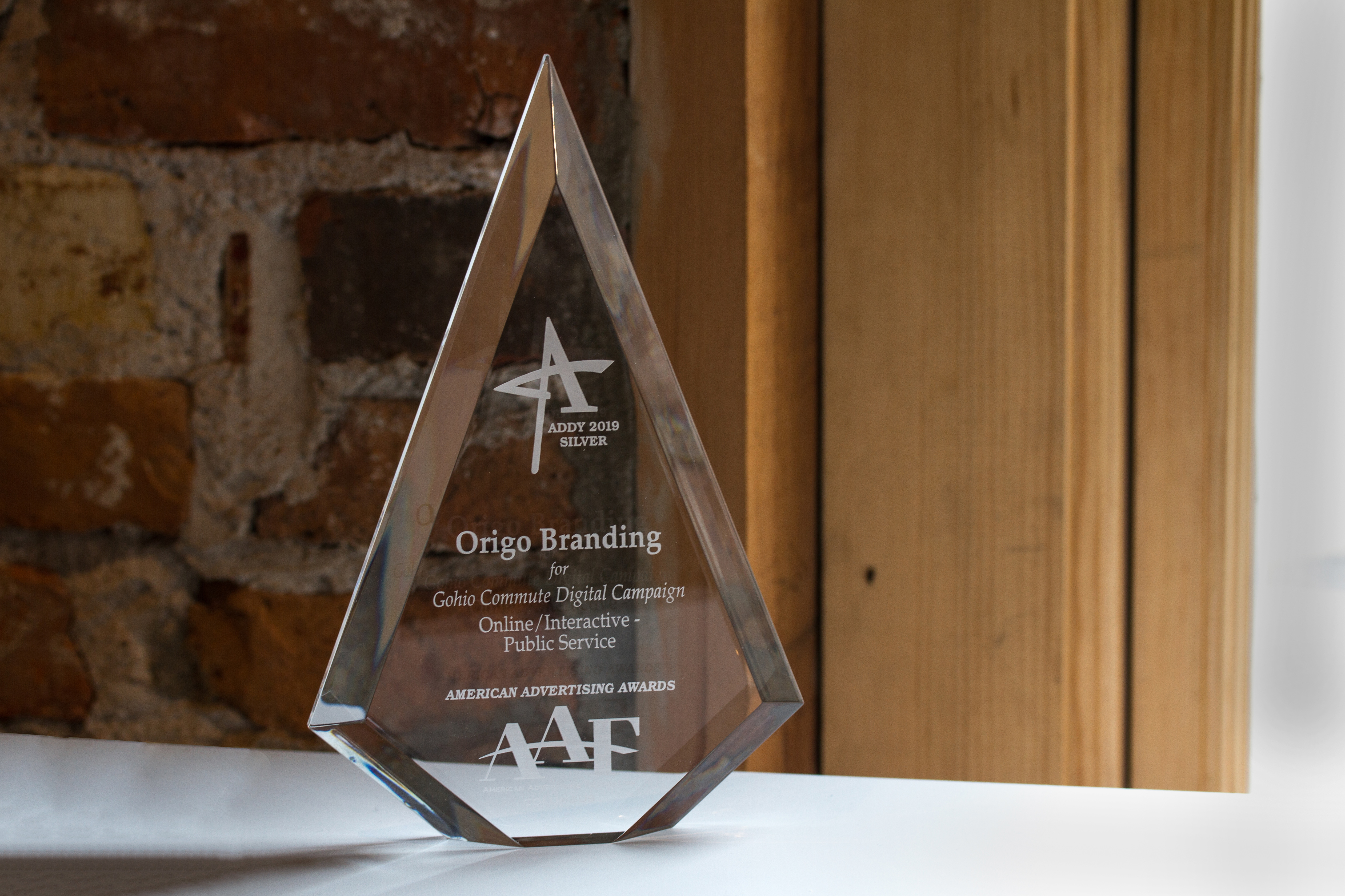 Origo was proud to be the recipient of an ADDY Award for our digital marketing efforts for the second year of the Gohio “Rethink Your Ride” campaign.

In our first year of working with The Mid-Ohio Regional Planning Commission (MORPC) and the 6 other Metropolitan Planning Organizations (MPOs) in Ohio, the campaign launched in August of 2017, interacted with thousands of commuters across Ohio. Its main objectives were to help reduce single occupant vehicle (SOV) travel and promote free ride-matching services as well as alternative forms of transportation such as walking, biking and public transit.

As part of the new brand strategy, we developed a brand design that advocated themes of movement, speed, and roadways. In this approach, we also developed a new color palette, graphic elements, and imagery of alternative forms of commuting that presented a modern and sleek feel for the new brand. The messaging utilizes a combination of witty phrases that relate the viewer’s everyday life to commuting in a light-hearted and intriguing way, and short benefit statements that explain how choosing an alternative mode of transportation can impact not only their finances, but also their environment. You can find out more about the initial campaign launch here.

As we moved into the second year of the campaign, we refocused our marketing tactics on digital media, conducted AB testing to gain insights on how to connect with commuters within Latino and Somali populations, and used a combination of ambient media and pre-roll video to interact with commuters in their daily routines.

Our digitial display advertising included AB testing of last year’s creative, showing that ads featuring images of the COTA bus and bikes proved to be the highest performing and created the most click-through rates (CTRs) for the campaign’s website. So, updated versions of those ads became the front runners.

In order to increase awareness within minority populations, we targeted specific areas of Columbus with geofencing and ambient advertising in churches, community centers and parks. Almost 27% of our click-throughs from June-November of 2018 came specifically from this audience and ranked three times higher than national click-through benchmarks. 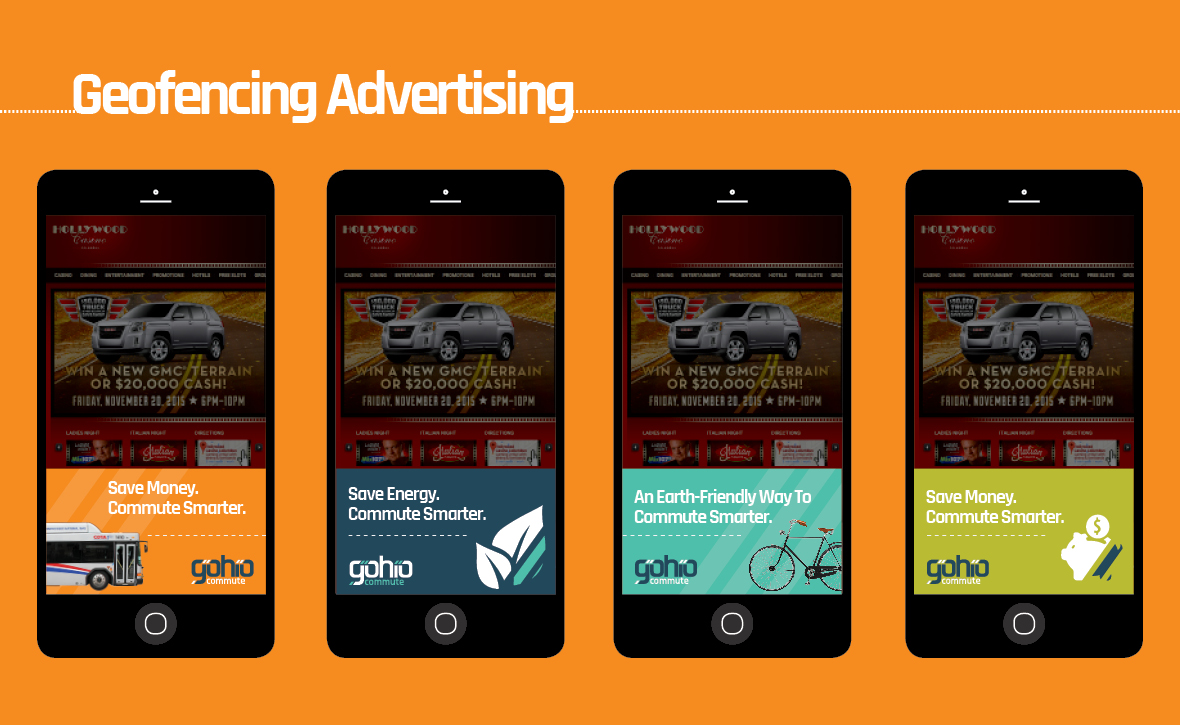 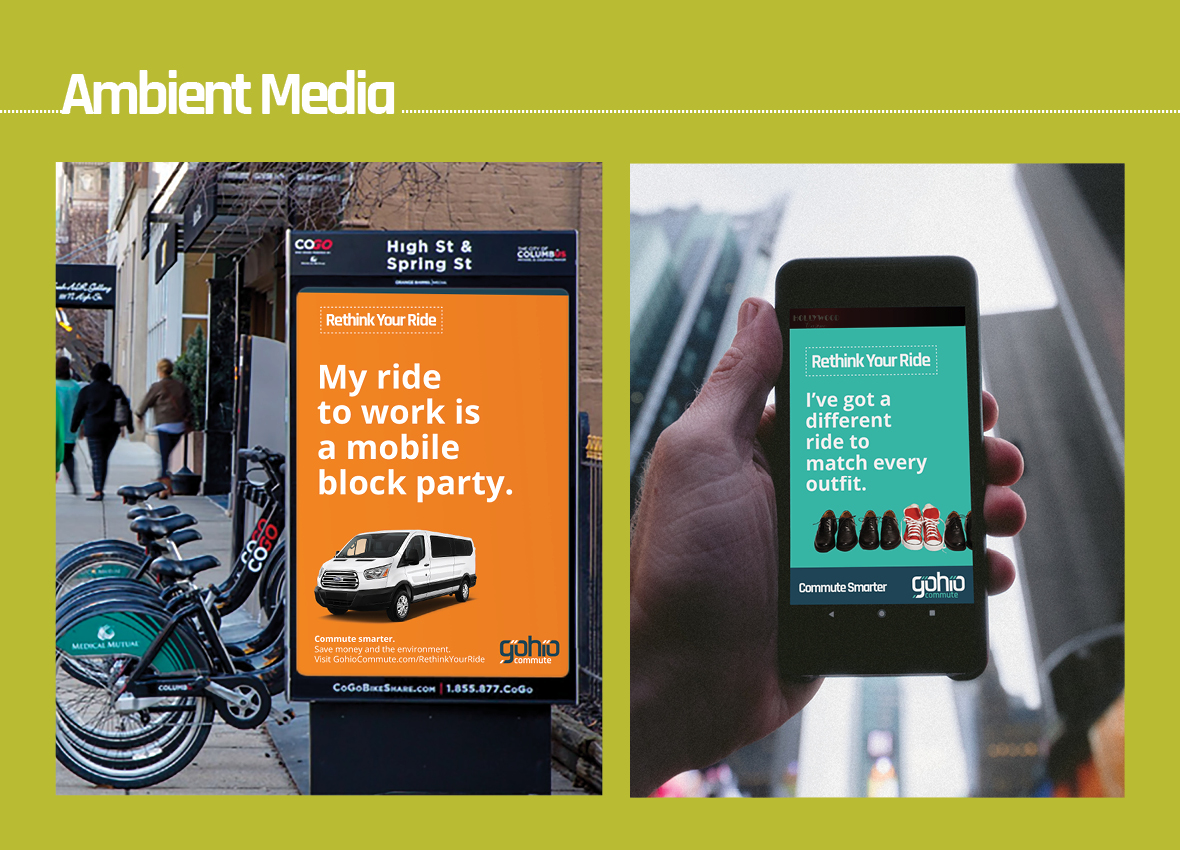 We also promoted the Gohio “Rethink Your Ride” motion graphics video through pre-roll advertising and digital billboards throughout the city to connect with our audience of general commuters.

Through each of these tactics, the Gohio Commute campaign continues to spread the message that each of us play a role in making Columbus a cleaner and more commuter-friendly city. To learn more about Gohio Commute, click here, and sign up today!

Hundreds of entries were submitted to this year’s competition. We congratulate all of the award recipients. And we’re so proud to be recognized among such a creative and talented community!

This blog is a celebration of great stories, great ideas, and great people. By sharing our thoughts, process, and work with the community, we hope to add just a little inspiration to our industry and our world.